Statistics from the U.S. Fire Administration show that over 25,000 electrical fires happen annually. These fires also result in greater dollar loss per fire compared to nonelectrical fires. Even more startling is the fact that these fires are easily prevented through simple steps.

Avoid being a victim of electrical fires and keep these helpful tips in mind. 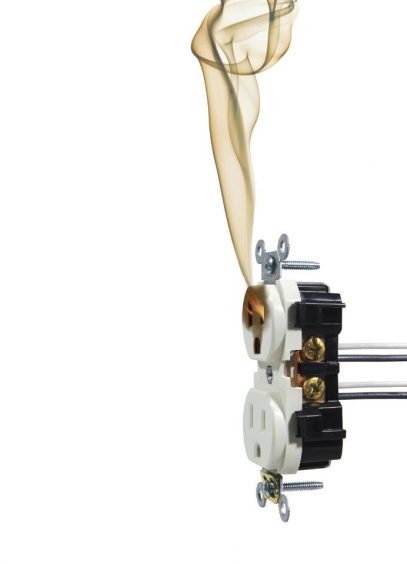 Have your electrical system inspected.

Like most things in your home, your electrical wiring isn’t meant to last forever. If you’re living in an older home, having a reputable electrician inspect your wiring might already be overdue. Older homes are often fitted with aluminum wiring, which is generally considered more fire-prone than copper wiring.

After inspecting your home’s wiring, your electrician might also make recommendations for your electrical system.

There’s an old saying that it is better to be safe than sorry and when it comes to electrical systems that couldn’t be more true. That’s why devices such as smoke alarms can go a long way in reducing possible damages during a fire. Smoke alarms can only be effective if these are installed properly, so it’s always best to turn to an expert electrician.

Keep in mind that areas like the kitchen, bathroom, and rooms with a fireplace might trigger a false alarm. So, you should talk to your electrician and get some advice regarding the placement of smoke alarms throughout the home that will maximize safety and coverage while perhaps minimizing the false alarms.

It’s important to be aware that when doing home repair projects around the house yourself involves running the risk of puncturing wires. When a wire is punctured, the electric current tends to move away from its path and produce an incredible amount of heat. This event is also known as an arc fault, which can eventually cause a fire. Reduce the risk of puncturing wires by steering clear from DIY projects that put your electrical wiring in harm's way. And perhaps even avoid do-it-yourself electrical work altogether.

Electrical fires are considered one of the most dangerous fires that can happen in your home, but you can easily prevent this from happening with these helpful tips.