An electric circuit is the path on which electricity flows from a source to outlets; every circuit is designed to carry only a certain amount of power. A circuit breaker is the device that automatically “trips”, or shuts down the current flowing through the circuit, once it detects a threat of overload.

As an electrician would explain, there are various reasons why a breaker would trip. Oftentimes, particular appliances (or their improper uses) are the culprit. 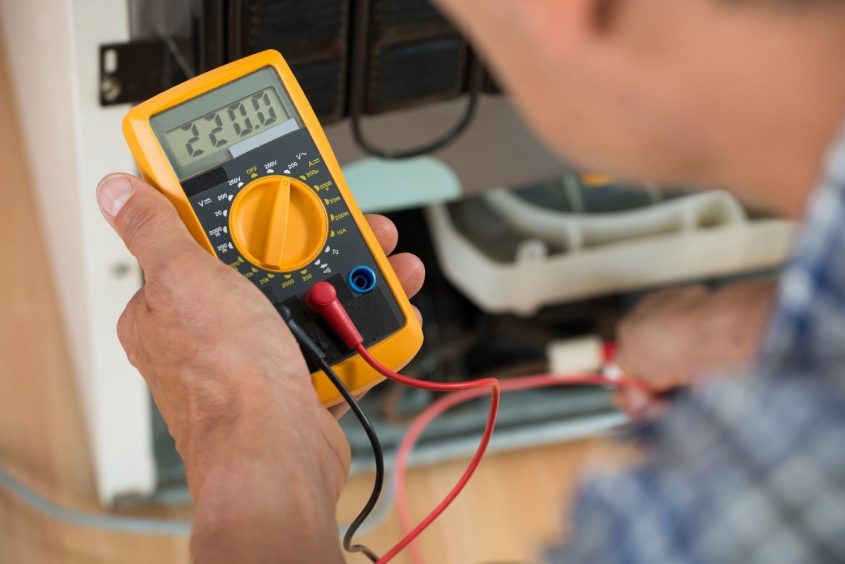 Having one or two electric fans plugged in would not usually cause problems, but three or more is a different story. Overload is even more likely to happen when the connected fans are more powerful and kept on all day. It’s a good idea for relief on sweltering days, but a bad idea for electrical safety.

“Octopus” extension cords are the ones with “tentacles” – that is, too many other cords connected and spreading from them. Whether these are cords of plugged-in appliances, or, worse, cords leading to other extension cords, the set-up is bound to lead in overload.

Hair dryers, curlers, and other hair styling appliances draw a significant amount of power from circuits. A single hair dryer alone runs on anywhere from 800 to 1,800 watts – whereas some microwaves could operate on less. If a hair dryer gets plugged into a less powerful circuit, or into outlets already shared by more than one appliance, a circuit breaker might just trip.

Like hair dryers and microwaves, clothes irons require a lot of power to generate high heat quickly. Using irons on maximum setting for extended periods can also run up wattage.

It’s a general rule: the older the appliance, the more power it’s likely to gobble up. That’s why electricians recommend replacing outdated units to improve energy and power efficiency. Old refrigerators put a particular strain on circuits because they tend to draw more power to function, especially during hot days. The more power they need, the more likely a circuit breaker can trip.